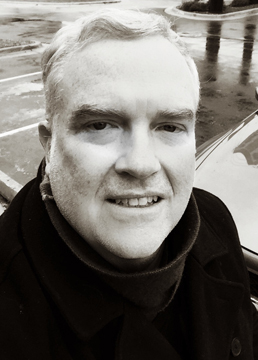 Mark S Hall is a risk-taking documentary filmmaker and lawyer based in Austin, Texas — whose curiosity and unusual set of skills drive him to tell complex stories for the public good. An award-winning producer and director behind SUSHI: THE GLOBAL CATCH (2012), Hall is now taking on a much bigger fish: the growing Islamic movement and charter school network of Fethullah Gülen. It was as an impartial citizen that he stumbled upon a troubling story while volunteering at a nonprofit—due diligence led him to his next big catch. His new feature-length documentary film KILLING ED (2016) discusses the corruption and corrosive influence of a little-known, global Islamic group known as the Gülen Movement that has become politically powerful in the USA. Members of the Movement operates the largest network of taxpayer-funded charter schools in the U.S. and are a worst-case-scenario—operating schools with questionable academic, labor, and H1-B visa standards.

Hall’s television-focused work includes MISSION ON SEVEN (2010), a half-hour documentary exploring the film archive at the Harry Ransom Center, which won a Platinum Award at the Houston Worldfest Film Festival in 2010. Hall’s previous documentary feature, SUSHI: THE GLOBAL CATCH, premiered in June 2011 at the Seattle International Film Festival where it won a Special Jury Prize. SUSHI examines the traditions, global growth and potential consequences of what a cuisine in a rapidly globalizing world. The film has screened in theaters, television and at prominent festivals in over 40 countries worldwide. It received major market theatrical release in August, 2012 through the New York distributor, Kino Lorber, Inc. For KILLING ED, Hall worked with award-winning composer, Brian Satterwhite, and with documentary feature editor, Andrew James as well as a host of other talented individuals to complete the film. Hall lives in Austin, Texas.